Home About BMO The BMO Story 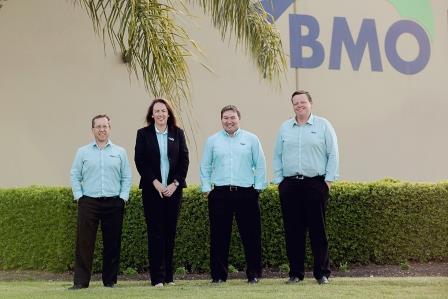 BMO is proud of its history as a long serving business on the Western Downs. While our origins date back to the 1950s, the business, that later became BMO, officially commenced in 1990.

Senior Financial Planners Mal Smith and Shane Lee are also Principals of BMO Financial Solutions. Through the partners’ leadership and their commitment to employees and customers, BMO has grown from around eight staff to a team of over 50. Find out more about our team here>

Over the years BMO has pre-empted and adapted to clients’ needs by adding new service areas to our business. We have moved from a traditional accounting firm to one that offers a range of services including accounting and tax, business development, financial planning, loans and leasing, human resources, marketing communications, succession planning, self-managed super funds and conference centre.